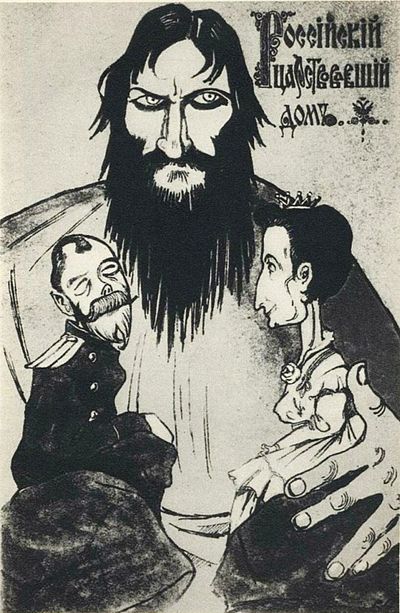 The Russian Empire was very large and contained very different groups of people. This occurred due to various wars that Russia had led since the mid.1700s. As a result of these wars the Russian Empire had a lot of people who had differing religious beliefs. For example, some of such groups were the Buddhists of the Kalmykia region, Shamanists of various Siberian regions, such as the Buryat region, and the Jews who who were mostly settled in large cities, like Moscow and St Petersburg. Just as the religious beliefs were different, so were the ethnicities. For example, the Russian Empire contained the Ukrainians (or New Russians as they were known contemporaneously), Latvians, Lithuanians, Belorussians to name a few of them.

Throughout the 18th and 19th centuries the Russian Crown did not treat these minorities well. For instance, under Alexander III, the Crown argued that all ethnic and religious minorities should become ‘Great Russians’, which meant that if various peoples did not want to obey the Russian Crown’s vision of what being Russian meant they were considered third-rate citizens and were not allowed to work ordinary jobs in the cities. When people rebelled locally against such laws they were suppressed harshly by the Crown. Nicholas II went much further than his predecessors in treatment of various ethnic groups in Russia because he enhanced the previous oppressive state policies. State backed up anti-Semitism was rampant by 1900. For example, Vyacheslav Plehve, Nicholas II’s Minister if the Interior, encouraged Jewish pogroms in 1904 as it was believed by Russian officials that Jews were leading a world-wide conspiracy against the Russian tsar. Such treatment of different ethnic groups caused many people from these ethnic groups to join anti-tsarist groups, such as the Socialist Revolutionary Party. Such groups rapidly gained support and played important roles in 1905 and 1917 revolutions, ultimately overthrowing the tsarist regime.

Another reason why the Tsarist regime had collapsed in 1917 was because Nicholas II was a weak tsar. Nicholas II was an autocrat, which meant that only he had the direct power to control the entirety of the Russian Empire.

However, this did not mean that he was skilled at his job. For example, he avoided making important decisions that could only come from him as he was the head of the autocratic system. This could be seen in the Tsar’s failure to listen to the worker’s demands on Bloody Sunday in 1905 as well as him disregarding the Duma demands in 1905 by disintegrating it. Both of these events caused people to argue more and more radically against the Tsarist regime.

The main weakness of Nicholas II, however, was that he put the needs of his family above the ones of the state. This could be evident by the Tsar’s treatment of Grigori Rasputin, who was surprisingly not “Russia’s favourite love machine” as the band Boney M. claims, but an eccentric Siberian peasant who attached himself to the Tsar’s court and soon was able to have some influence on the Royal family and the daily decisions that they were making. For example, when Nicholas II went to personally command the Russian forces in 1915, the Tsarina (tsar’s wife) was influenced by Rasputin to install incompetent ministers. Despite vocal opposition to Rasputin that came from more competent ministers, Nicholas II wavered at sending Rasputin away from the court and even when he had done so he kept up correspondence with him. This angered some Russian nobles because they saw that the tsar was incapable of making his own decisions and therefore was weak.

Another reason why the Tsarist regime fell in 1917 was because of the Russian Empire’s involvement in World War 1. Since the mid 1750s there were several Tsars who had attempted to modernise the Russian army so make it more effective in combat by using the Prussian army as its perfect example, but these attempts did not go far.

By 1910s the Russian army consisted of mostly untrained peasants and working men and had a weak fleet in comparison to other armies. This meant that the Russian army was lacking in effectiveness significantly, which could be seen in a wide range of serious military losses such as the Battle of Tsushima Strait (1905). Despite such loses the Russian Empire joined the World War 1 in 1914 in order to protect her interests in the Balkans. This war strained the already unstable economy of the Russian Empire and caused extreme food shortages in major cities, like St Petersburg, leaving many people starving and angry at the Crown for not helping them. Consequently, more and more people joined anti-Tsarist groups that eventually overthrow the Tsarist regime in the Russian Empire.

To research the topic further…